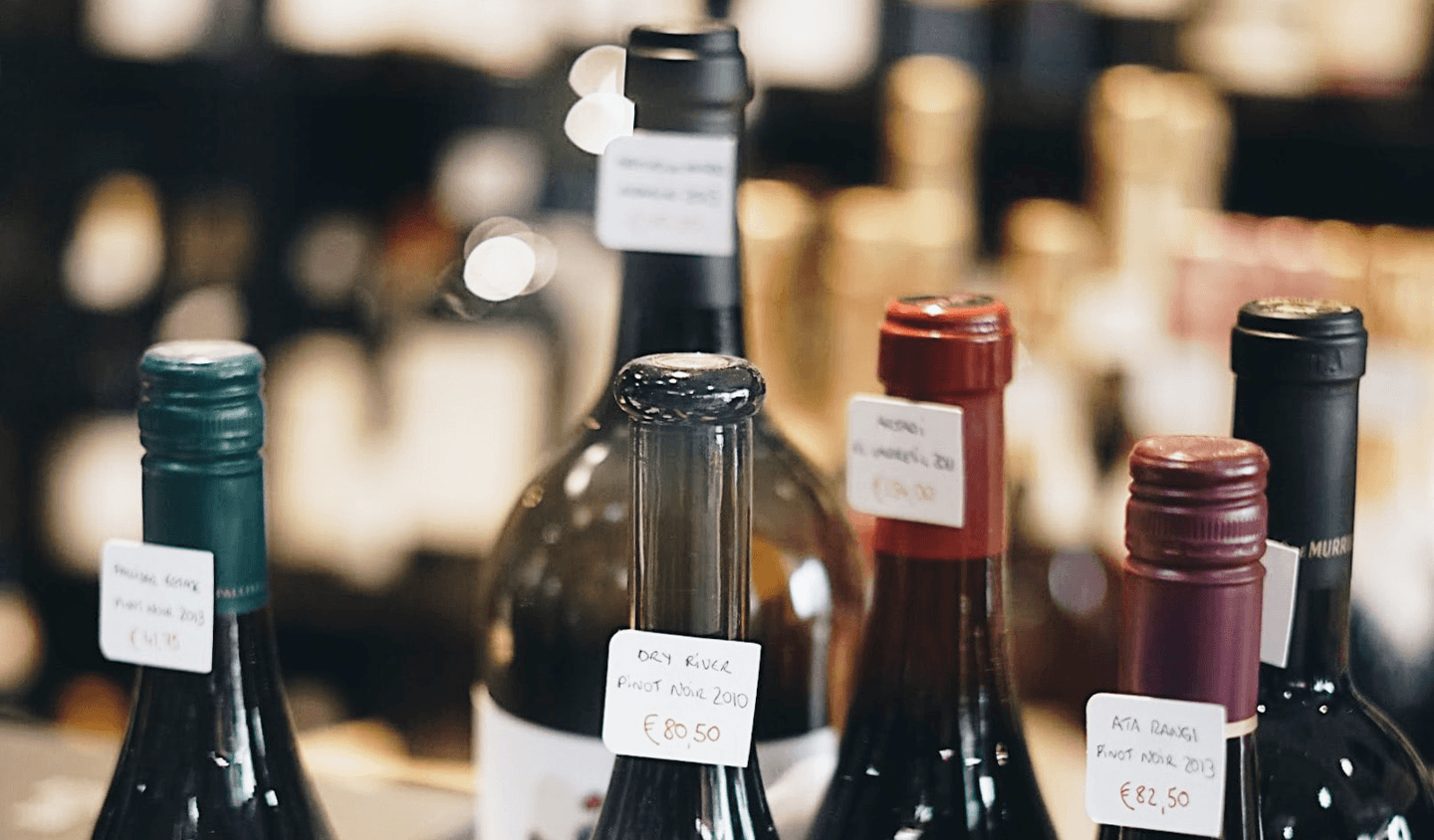 How is Wine Priced?

Last week, the restaurant critic Jay Rayner raised an important question in his Guardian column: Why are restaurants’ cheapest bottles of wine becoming so expensive? He argues that, though restaurants are right in raising their prices to make them viable in a post-pandemic post-Brexit world, bumping up the cost of entry level wine is a cause for concern.

Put simply, diners with the cash to explore the full extent of the wine list will not be put off by a restaurant with lower wine prices. But those with less to spend will be less able, or willing, to visit a restaurant where the cheapest bottle starts at £30.

As Rayner summarises in the article, “If Lidl can offer a great Gavi for £6.99, or Aldi, a cracking Malbec for £5.79, it should not be beyond the wit of restaurants buying wholesale to have a few bottles which won’t terrify those of more slender means.” So, how is wine priced? And are these prices justified?

A guide to wine pricing

There are a number of factors that determine how a bottle of wine is priced - these range from the logistics involved in making and transporting the wine, to the popularity that certain regions, grapes and styles hold. Here’s a rough guide to help you navigate wine pricing:

A wine that takes longer to make, involves more labour and has higher production costs will be more expensive.

The size of the producer also plays a crucial role in wine pricing. As Josh explains in issue 49 of our newsletter, “At one end of the spectrum are small, totally manual producers, and at the other, mass, heavily machine-operated ones.” Smaller producers will typically carry out intensive labour amongst a smaller team - and their winemaking will be oriented around creating quality wine that reflects that year’s grape harvest, weather, and so on.

Larger producers, meanwhile, benefit from the luxury of minimising the human cost of winemaking. Additionally, consumers will likely expect a wine from a large producer to taste the same every year - so there’s more focus on creating an identical bottle than an experimental product. It’s worth noting, too, that the cost of labour will be factored in here. Bigger, more developed wine regions (where larger producers are most likely located) will have higher expectations of pay.

The winemaker’s location will affect the price of the end product in other ways, too. Land in England, for example, is very expensive to buy in general. Regions like Burgundy and Bordeaux are prime real estate because we know and believe these are good places to grow better grapes. Meanwhile, lesser-known regions are more likely to be cheaper to buy and grow grapes.

Another factor at play is age. Not all wine is aged, but those that are likely more expensive. Why? For all the time that a bottle spends ageing, the winemaker is not able to make any money on it. Nor will they be able to use that storage space for other wines. That, in turn, will increase the price of the wine.

Having a specific name associated with a bottle can massively impact how expensive it is. Take Champagne for example: consumers willingly fork out £40 for a Grand Marques producer like Veuve Cliquot because of its reputation, even if a £13 bottle from Lidl beats it in blind tastings.

The reputation of a region or a specific grape variety can determine cost, too. As Isabelle explained to the Irish news publication, Breaking News, after Chrissy Teigen admitted on Twitter to ordering a $13,000 bottle at a restaurant back in February, “it’s all about supply and demand.” If nobody’s talking about a certain grape or region, wine producers don’t have the justification for increasing the price.

That can change though. Speaking with one of the Wine List community groups, Isabelle notes that “I always find once an area gets really popular it pushes demand up, and you see it in the prices.”

And if a wine is deemed to be good, it will also become scarce (there’s only a finite amount of bottles made per year). As those bottles are consumed or laid down over time, the remaining bottles from a certain vintage will also decline. That’s why an older vintage and a newer vintage of the same wine might be priced (sometimes extremely) differently.

When it comes to wines that are considered to be amongst the best in the world, the demand also outstrips supply. For example, wines from Burgundy are highly ranked, but there’s often only a few thousand bottles made each year - and with serious wine collectors fighting over them, they can go for as little as £1,000s.

Does this mean you have to pay big? No, not necessarily. Due to its unwavering popularity, Sancerre comes with a hefty price tag. Producers located in the Sancerre AOC (appellation, or winemaking area) of the Loire region can charge more, knowing consumers will pay big bucks for their sauvignon blanc.

But just west of Sancerre, in neighbouring appellation Menetou-Salon, you’ll find sauvignon blancs of the same standard - at a fraction of the cost. Do research before committing to a bottle from an in-demand region. For example, try Gigondas instead of Châteauneuf-du-Pape. Or go for a Bergerac rather than Bordeaux.

That’s not to mention the impact of Brexit on importing wine to the UK. Additional paperwork and transport delays may also be factored into the end price of a bottle of wine - as the time it takes and labour involved in importing wine increases.

But why is a wine that you can buy in your local wine shop much more expensive when you order it in a restaurant? As Jay Rayner’s comments demonstrate, the pricing of restaurant wine lists is a contentious issue. We’ve previously covered this topic in our guide to ordering wine in a restaurant, but here’s a quick overview.

There are generally two different models that restaurants use to price up wine. Adding a fixed amount on top of the retail price (say, £15). Or, multiplying the retail price of wine, which is the most common approach. This generally ranges from anything between 2x to 5x the price. As Josh explains in our restaurant ordering guide, “I haven’t visited enough restaurants to make up a ‘rule’ but I’ve personally found the highest multipliers were at older, stuffier, more expensive restaurants.”

One argument for adding such high margins on to wine is that is helps cover costs elsewhere - staffing costs, glass breakages, wine storage, etc. Add Brexit and the pandemic into the mix, and restaurants will be looking to find profit wherever they can. Pricing can also add to the 'exclusivity' of the restaurant. But that's where the problem for Jay Rayner lies; the lower end of the wine list should be inclusive regardless of the establishment's reputation.

Despite common misconceptions, the lower end of a wine list can be full of wonderful wine. Rayner uses the high-end wine bar, Noble Rot, as an example: though their wines regularly veer into the three figure - even four figure - price bracket, they have a great wine selection under £30. As Josh says, “Any decent restaurant will care about all their wine and as most volume is sold at the cheaper end, more attention will be paid to it: so there’s likely to be great value here.”

So if Jay Rayner’s observations are correct, hiking up the prices of the cheapest bottles on restaurant wine lists shouldn’t be taken lightly. As he ends his article, “When checking out a restaurant online we tend to judge a place by the food menu prices. We rarely look at the wine list and we should. Because all too often, that’s where the real terrors lie.”

Want to learn more about wine and how it's priced?

Sign up to our newsletter today for wine recommendations from the supermarket and beyond, and wine-related lessons in your inbox every Tuesday morning. 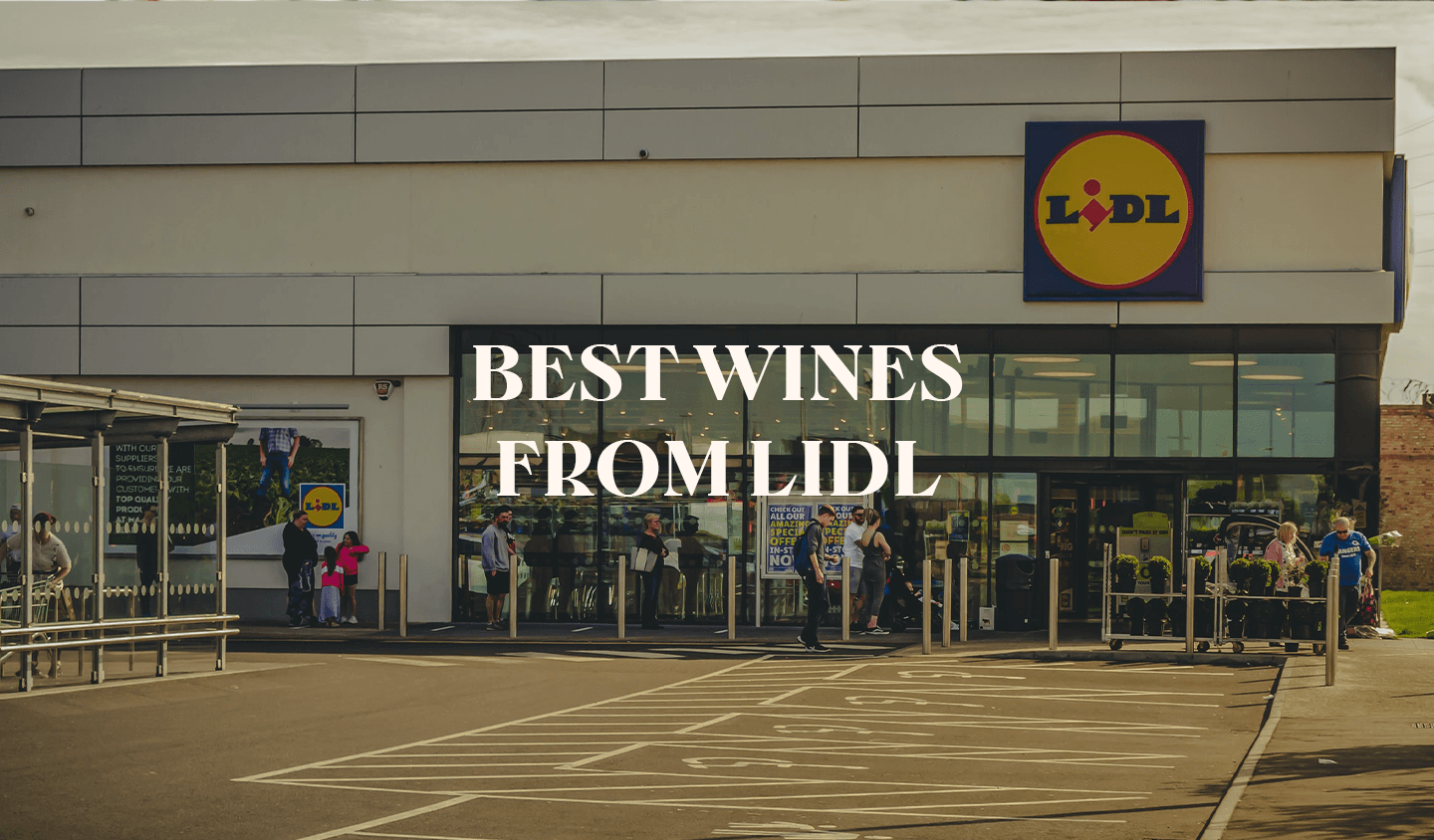 What are the best Lidl wines? Whenever we taste new supermarket wines for our newsletter and YouTube channel, Lidl always comes out on top when it comes to quality for great value. Here, we round up three of our favourite Lidl wines from our tastings - one red, one white and one sparkling. 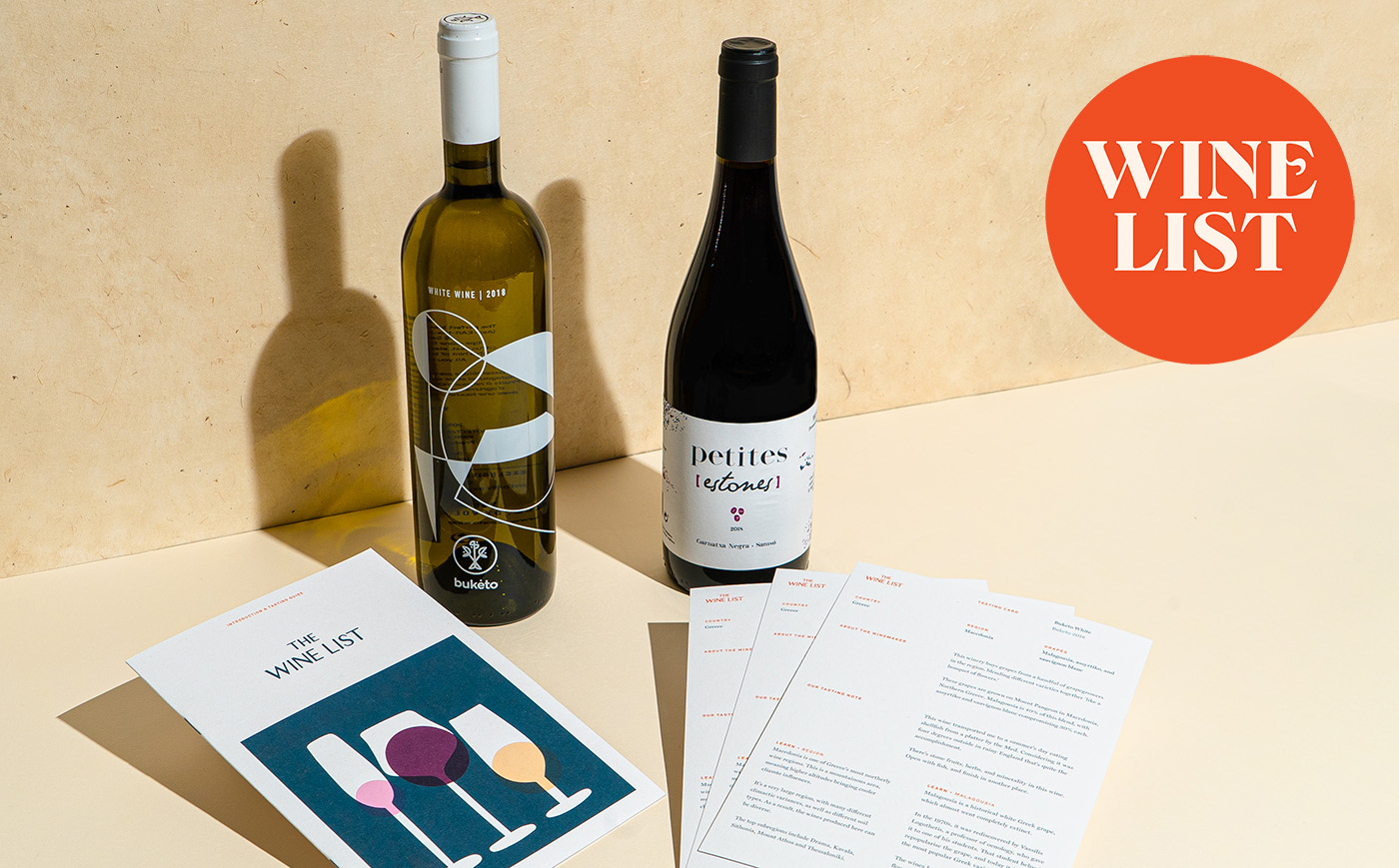 Looking for a Wine List discount? As a blog subscriber, we wanted to offer you one. Get 40% off your first box, 30% off your second and 20% off your third. 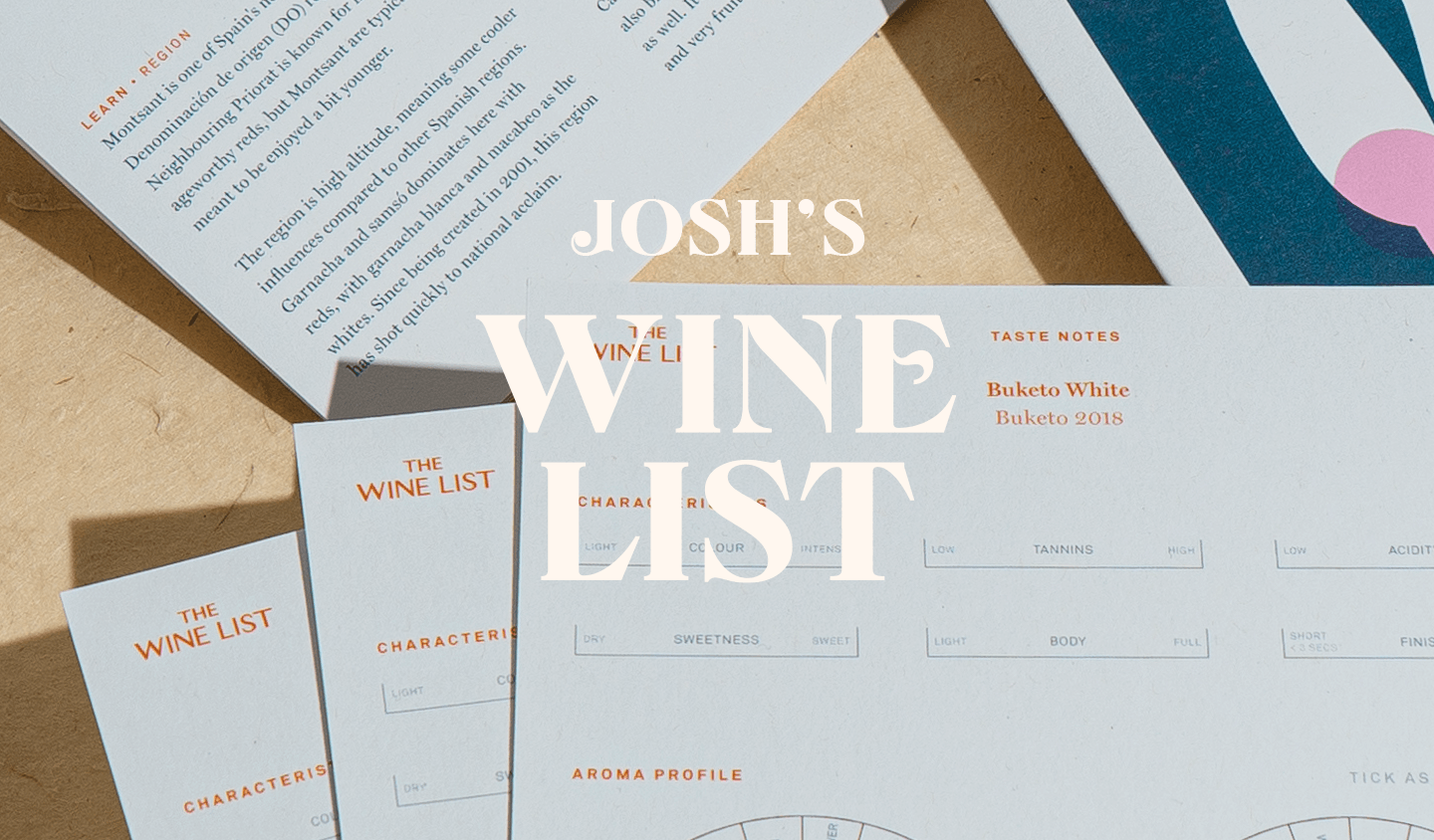 The last few weeks have included a surprising number of chenin blancs almost entirely by chance. This join the dots trip started a with a friend’s birthday and ended up a celebratory bottle following the England Sweden game on Saturday.