No items in your Cart
Visit the Store here
Product is not available in this quantity.
W
{greeting}
{Name}
{MEMBERSHIP BOX}
Domaine Tempier Bandol Rouge 2011
OUR FIRST IMPRESSIONS
YOUR RATING
Thank you! Your submission has been received!
Oops! Something went wrong while submitting the form. 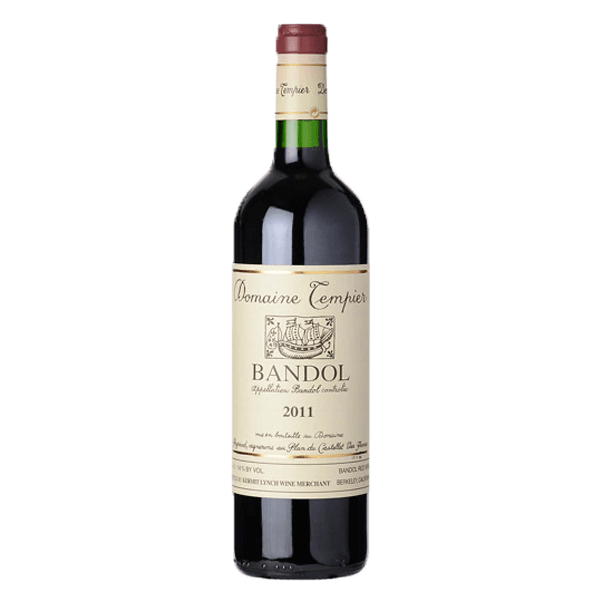 READ OUR FULL CARD BREAKDOWN
ADD YOUR OWN NOTES
‍
Thank you! Your submission has been received!
Oops! Something went wrong while submitting the form.
BUY MORE OF THIS WINE

The Domaine Tempier estate located in Bandol in Provence is known for establishing the Bandol appellation in 1941. When Lucie (Lulu) Tempier married Lucien Peyraud in 1936, her father gave the newly-weds the estate that had been in the family since the early 19th century. Winemaking in France had been ravaged by the phylloxera endemic of the 1880s, when a louse from America that destroyed vines arrived in Europe. But after tasting a bottle of pre-phylloxera Domaine Tempier Bandol, Lucien became fascinated with researching and revitalising winemaking there. Today, the Domaine Tempier Bandol Rouge is a renowned blend, with around 70% mourvèdre, as well as grenache, cinsault and carignan. This vintage was featured in our Domaine Tempier Vertical Tasting in March 2021.

This product is CURRENTLY out of stock.
Product is not available in this quantity.